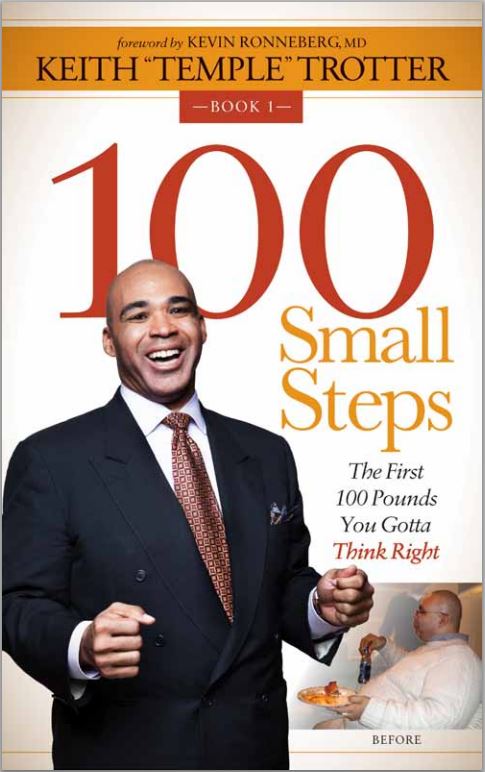 Beginning in September of 2014, AMPERS, (The Association of Minnesota Public Educational Radio Stations) will begin airing a series of 90 second spots on diabetes prevention and control on it’s affiliate stations.  As an individual who is managing a life with diabetes, I was honored when the Minnesota chapter of the American Diabetes association asked if I would be interested in partnering with AMPERS to help them get the project up and running. You will be able to hear the spots in the following stations here in the Twin Cities.

Big thank you’s go out to UCare, AMPERS, American Diabetes Association and Hue-Man for all of your support!

So without further ado, here is my favorite spot and the first of 4 spots that will feature talking points from my book 100 Small Steps: The First 100 Pounds which is available now at www.100SmallSteps.com

Twins Cities author and founder of the Temple Global Consulting Group, Best Selling author, Keith “Temple” Trotter started off as a successful finance and operations manager. His life changed forever when a photo of him weighing 386 pounds showed up in his Facebook timeline. Since then he has lost 200 pounds using his principles of research, testing and results documentation. Several news organizations and networks, including CNN.com, Dish Network’s The Kidd Kraddick Show and Oprah Winfrey Network’s “Love in the City,” have featured his story. Temple is passionate about helping others lose weight and make sustainable, transformative change in their lives. Temple currently lives in Hudson, Wisconsin and shares his encouraging story with those around him.

More About This Title:

100 Small Steps: The First 100 Pounds You Gotta Think Right by Keith “Temple” Trotter was released by Morgan James Publishing on January 6, 2015. 100 Small Steps—ISBN 978-1614489238—has 146 pages and is available now at your local bookstore and online at Chapters-Indigo, Amazon, Barnes & Noble, Books-A-Million, IndieBound, and Powell’s.

iThere are no comments