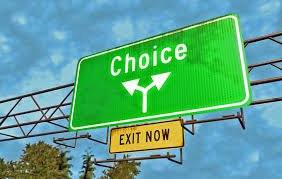 What the experts say – In 2006 food companies spent 1.6 billion dollars just to market mostly soda, fast food, and cereal to children.  In that same year quick service restaurants (QSR’s) sold over 1.2 billion kid’s meals with toys.  Now you may be asking yourself why that pertains to me, well if you’re a Gen X’er you already know the answer.  We watch a lot of programming that would be part of the target market.  According to the Center for a New American Dream, brand loyalty can be established as early as age 2!  This is loyalty that lasts a lifetime.  The Kellogg foundation found that Americans create an emotional link to food companies as nurturers early in their lives, and thus thinking critically about problems with food companies “can violate people’s deep desire to be secure.” Sound familiar?  Emotional links? Sense of security? Remember how I had created an unhealthy relationship with food?  Well I guess I had some help.

How I did it. – Food is fuel, food is fuel, food is fuel.  No more and no less.  I told myself this whenever I went to pay for gas, buy groceries (which is why I never went grocery shopping hungry) went to the movies, or anywhere I knew I was going to be interacting casually with food. (Sitting down for a meal took a different mindset) This included watching TV with the kids and challenging the billion dollar marketing machines vying for their loyalty which manifests itself in the constant nagging of their parents to buy this and that. There’s a reason junk food is at a kid’s eye level in stores.  How many times have you had to bend over to grab your favorite candy bar?  Do you even know? Or has it just become habit?  This one is still tough for me today.  Between the demands of work, kids, spouses, partners, and social networks, life is more stressful than it has ever been.  Sometimes all you want to do is turn off and go into auto-pilot.  Well that’s exactly what the marketers want you to do and that’s why stores are set up the way they are.  You unconsciously reach for and purchase whatever is closest and easiest.  So since I live in a small town and know the gas station owner I asked very nicely that she put a bowl of fruit out so that I could buy that when I came into her shop.  And it worked too.  Almost three years later the bowl is still there and I have yet to see any rotten fruit in it.